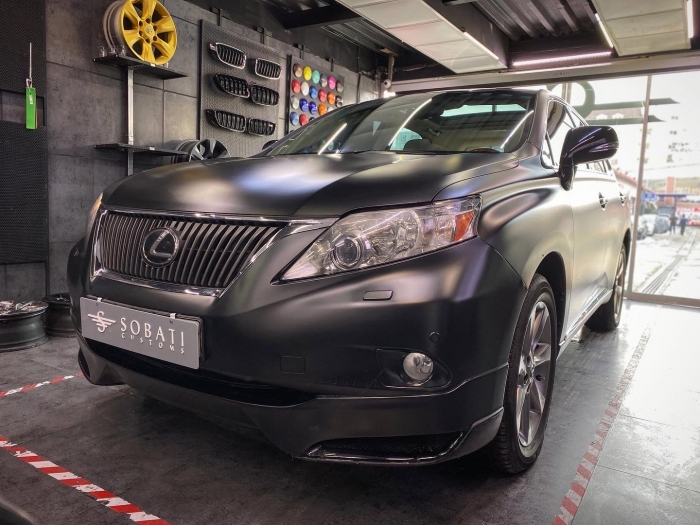 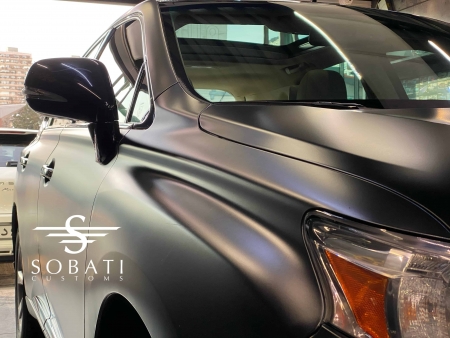 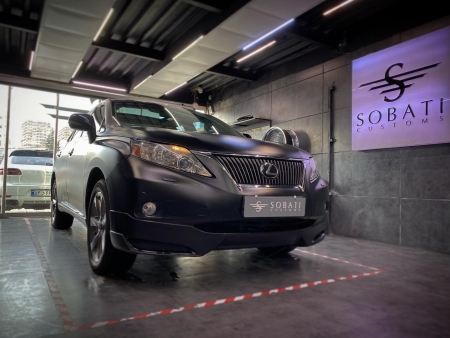 The first-generation RX 300, fitted with a 3.0-liter V6 engine, began sales in 1998. The Japanese market Toyota Harrier released in 1997 also offered a 2.2-liter inline-four, later uprated to 2.4-liters. The second-generation RX 300 (3.0-liter V6) and RX 330 (3.3-liter V6) models went on sale in 2003, with both variants supplanted by the more powerful RX 350 (3.5-liter V6) in 2006. Like the previous series, a 2.4-liter inline-four engine was sold alongside the 3.0-liter V6 in the Japanese market Toyota Harrier. In 2005, a hybridized gasoline-electric version of the 3.3-liter second-generation model was made available as the RX 400h in export markets and as the Harrier Hybrid in Japan. For the third iteration released in 2009, both RX 350 (3.5-liter V6) and RX 450h (3.5-liter V6 hybrid) models were initially offered, with an entry-level RX 270 (2.7-liter inline-four) offered by Lexus in some Asian markets, including in Japan, since 2010. Since the release of the third generation, Japanese sales have occurred under the Lexus RX name as opposed to Toyota Harrier as had been the case previously.

The success of the Lexus RX has been particularly strong in the United States, where it has been the best-selling luxury SUV since its introduction. As one of the earliest luxury crossovers on the market, the RX has inspired similar competitors from rival marques. The Lexus RX is the top selling Lexus hybrid, with global sales of 335,000 units through March 2016, out of one million Lexus hybrids delivered since 2005.

Manufacture of the RX has occurred at the Miyata plant in Miyawaka, Fukuoka, Japan since launch. The RX and RX Hybrid were the first Lexus models to be built outside Japan, with North American market versions produced at the Toyota Motor Manufacturing Canada plant in Cambridge, Ontario beginning 2003 (RX) and expanded in 2014 (RX Hybrid). Hybrid transaxles are built at the Kokura plant in Kitakyushu, Fukuoka since 2009.